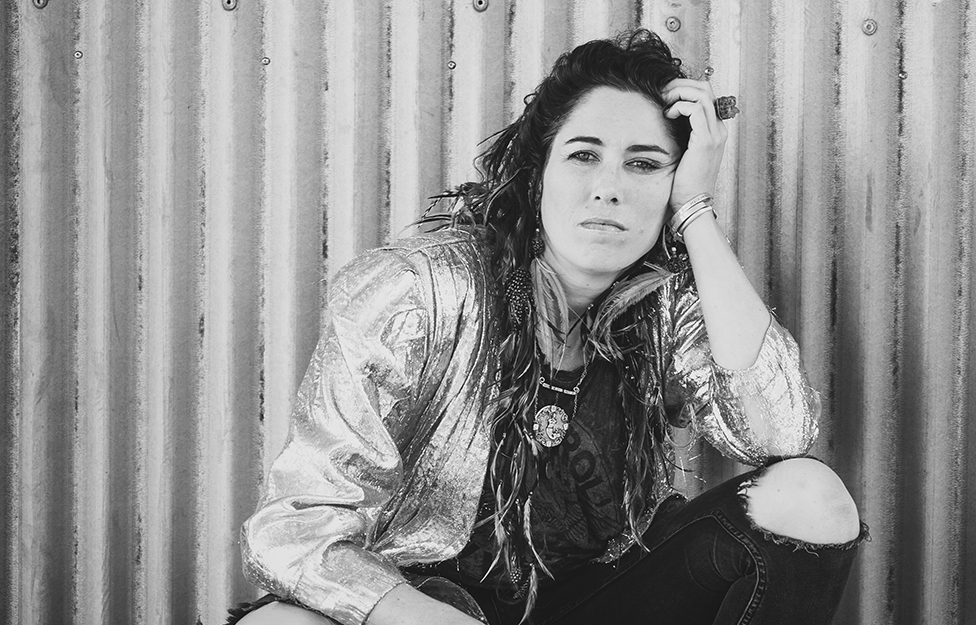 Australia’s favourite adopted Irish sister, Áine Tyrrell is a modern day Pirate Queen, except instead of ships, she captures audiences, one heart at a time.

After living in Australia for a decade, Irish born singer-songwriter Áine Tyrrell has carved a unique musical path melding her own Irish roots from the ancient limestone rocks of Country Clare with her respect of the red dirt roads of 60,000 years of Indigenous culture in Australia.
It is this longstanding connection between the Irish story and the experience of Indigenous Australia in regards to colonialism that Tyrrell calls on in her powerful, gut wrenching call to arms ‘We Call You Now’.

The 7 minute ‘cultural smackdown’ is a departure in style and tone for Áine, who gathers force in a wildly emotive spoken word rant that is reminiscent of the musical poetry of rock greats like Patti Smith.

“We Call You Now” It’s not a song. It’s not a rap. It’s not spoken word but it is all those things woven together. Produced by Boundy Sound.

“James Boundy had such an honour and respect for the spirit and culture within each word and contribution. So amazing to watch an engineer and producer like Boundy do his thing just quietly painting around the intentions of a song and bringing the best out.” Aine Tyrrell