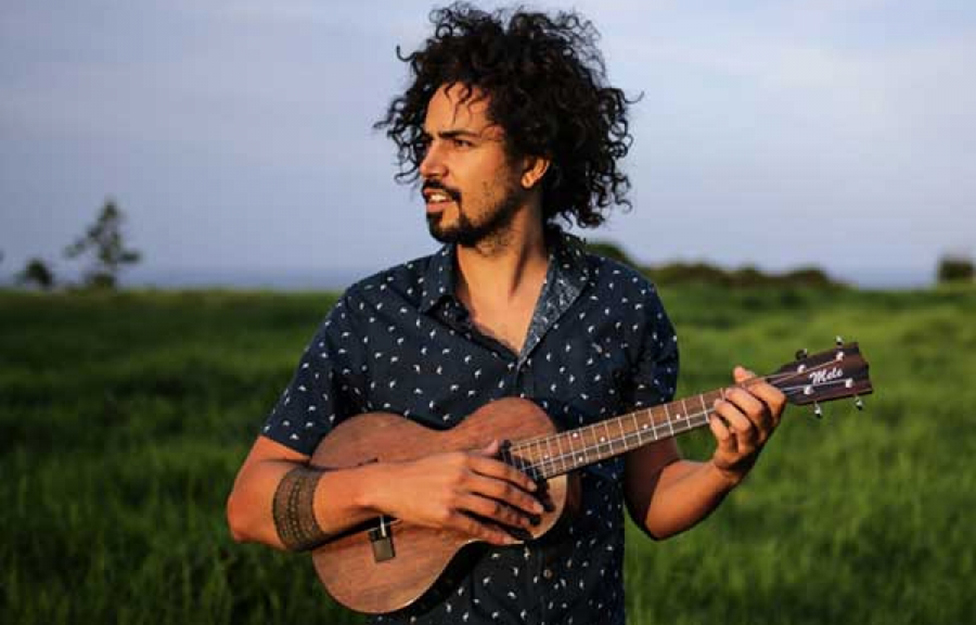 Byron Bay singer, ukulele strummer, and drummer Bobby Alu
“It’s easy to be overwhelmed, I found myself getting overwhelmed in my decision-making process, I had so much different thoughts of all the scenario that could happen, so many scenarios you could dream up, infinite amounts of scenarios, for you staying in the situation, what might happen today, what might be happening, what is he thinking what is she thinking, it becomes a crowd in your head of all this stuff that’s made up… it’s amazing how much it becomes on piled up on top of each other.
What brings me peace at times, is being insignificant. What I love about touring is getting off the bus, and there are crowds of people, and no one knows who I am, and I don’t know who any of these people are.
I find that really comforting, I am an insignificant speck of dust in the universe, just a second in a massive long sequence of events, get over it, that’s the heart of the song. It’s about finding that pathway into what moves you and being cool, and owning it, its not an easy path but its a rewarding one.” Bobby Alu
It was so nice to catch up with Charles Wall aka Bobby Alu. We met when Bobby was touring with OKA, and OneSpace hosted its first event with them at Petersham Town Hall, Sydney with Sacred Earth Music. We went on to host solo shows with Bobby Alu and The Palm Royale.
Bobby has been surrounded by music since a young age, music is not something he had to learn how to play an instrument, how to read music, from an early age he was always having to listen and play his part in the music.
Growing up on the Gold Coast, he went in search of the community and over the years he found it, in his 20’s he was playing with about 12 different bands, Kooi, Cool Calm Collective, Georgia Potter, Saritah, Tijuana Cartel, OKA.
Sharing a well-nurtured and lengthy musical connection with producer and multi-instrumentalist tour buddy Paulie Bromley (The Beautiful Girls, george), Alu’s recorded and live presence has been boosted from a range of creative alliances.
Bobby shares how he asked for something more challenging to his musical skills, and he met Xavier Rudd while playing a gig with OKA in Lismore, and he then went on to dedicate himself and his world-class percussion skills to touring internationally with Xavier Rudd for five years of his path. He went straight onto the tour bus and he shares this experience and how it was challenging and exciting.
He shares how he had to make a difficult decision to end this path and shift the direction back to his musical creation and slow down.
This talk is a beautiful reminder to be careful what you ask for as it may just show up and when it does you have the opportunity to be taken out of your comfort zone, and being asked to be brave and follow that inner calling, and to not be afraid to shift directions.
Bobby’s latest release is “FLOW” during this episode we talk about the track “DUST” you can support Bobby and download this track, and album. I have this album on rotation on my playlists, every track has so much depth to it and the lyrics sink into your subconscious.
“when you think that you have had enough, you want to hold onto love..” Dust
Keep the music alive and support the artists doing what they love!
Bobby Alu
<
>