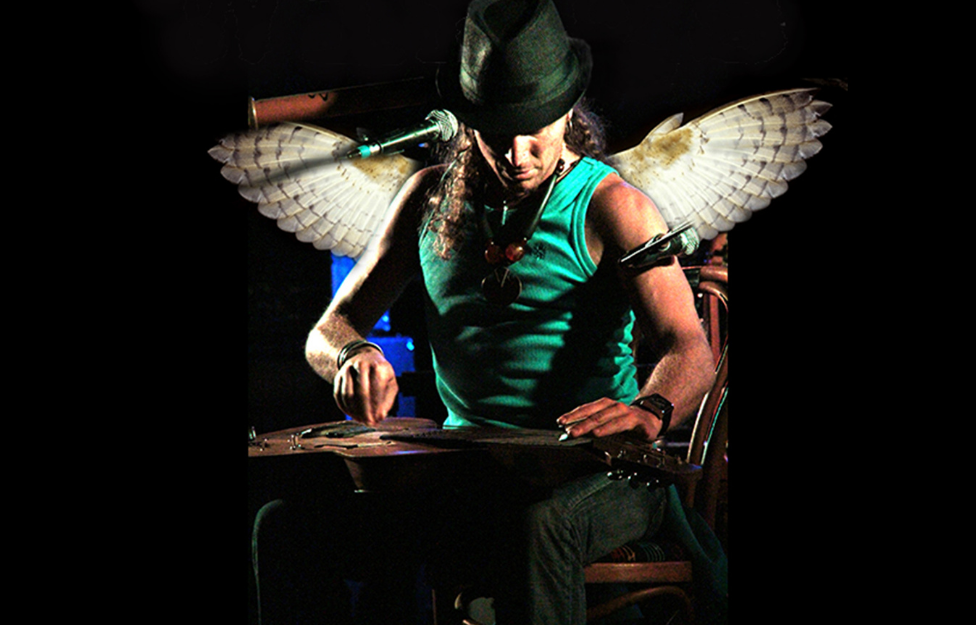 Nathan Kaye releases his latest single “Humble Yourself” we go deep to talk about humble yourself and how he came to walk the path he walks today, sharing his art & music to create a ripple of change.

An influential part of the Australian roots music scene &amp; renowned as the world’s first didgeridoo-beatboxer, Nathan Kaye, is a globe-trotting one-man-band who thumps out songs on slide guitar, slide didge & electronic foot-drums.

Kaye’s step-father, Yabu Bilyana, was Aboriginal. Nathan got given his first Yidaki (didge) when he was in his teens by a full-blood Pintjantjarra tribesman who said, “You been black fulla before.” Kaye got circular breathing within the first few days of starting.

Having invented blending human beatboxing into the didgeridoo way back in the 90’s, Nathan was invited to perform his didge-beatboxing at the UK Beatbox Championships, Glastonbury Festival & other festivals over there in 2005, which spread the technique throughout the UK & Europe. But really, at the core of his multi-tasking abilities lies a big-hearted man with a powerful mission to inspire people to make the most of the gift of life, with his talent-packed show that has to be seen to be believed. Trust us, you’ll be better for it.